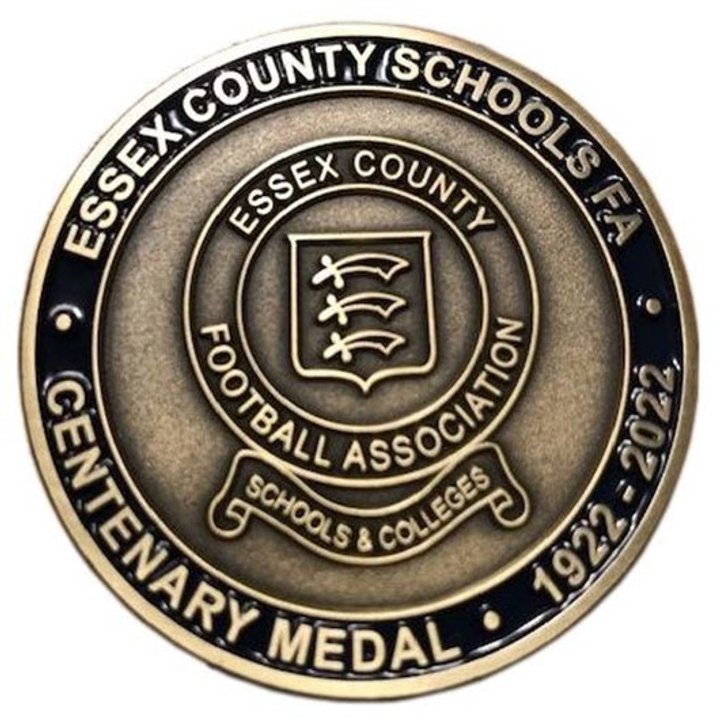 This year Essex County Schools’ is celebrating 100 years since its first representative football match against London Schools. The match was played at Colchester Town FC in front of a crowd of 2,000 and resulted in a 1-0 victory. Over the last 100 years many former players have progressed to have illustrious professional careers including 3 England managers and no less than 7 England captains.

As part of the Centenary celebrations, Aveley FC's Parkside is hosting a match between two teams of current non-league players who have represented the Essex CSFA, and this will take place on Monday 16 May at Aveley FC, kick off 7.30pm. Those turning out will include a large collection of current Isthmian League players.

To mark the Centenary, a special commemorative medal (above) will be awarded to Essex players participating and we there will be a Centenary 56-page booklet listing, year by year, all the players who have had the honour of representing the County schools available on the evening for £5.

Some of the players who will be on show include: