We cordially invite you to two work-related parties this evening 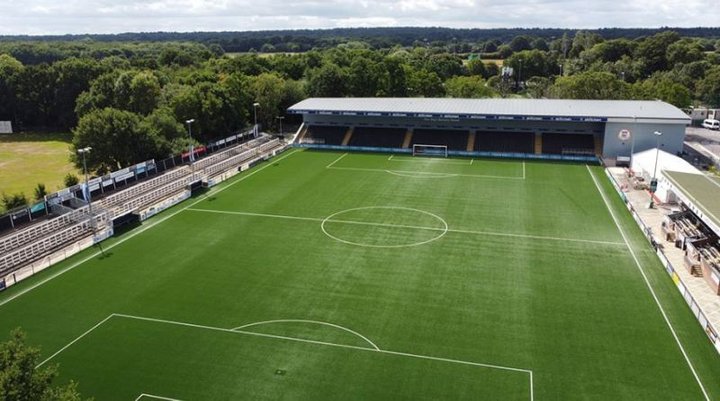 It's Wednesday, and we've football! Well it looks like football, and there will definitely be people playing football, but who knows? Head along to Cray Wanderers or Sutton Common Rovers- no need to bring a bottle!

It's Wednesday night, and anyone who heads to Hayes Lane or Gander Green Lane this evening won't need the benefit of a Parliamentary enquiry to come to the conclusion that they're at a football match. There will be no plausible deniability here!

In the Pitching In Isthmian Premier, Cray Wanderers welcome Bognor Regis Town. The Wands have looked much improved under the stewardship of Grant Basey, with a win over East Thurrock United and a high-scoring draw against promotion-chasing Enfield Town; whilst the Rocks have taken only two points from their last fifteen, and if they really want to crash the end of season party need to start picking up some victories.

The two sides haven't met all that often, but the Rocks have most definitely had the better of their encounters, winning five and drawing one of their seven meetings. The last time the two got together, at Nyewood Lane in December 2019, Bognor emerged extremely triumphant, seven-two winners. Joe Taylor, now at Lewes, scored both goals for Wands, whilst Bognor's scorers included current player Ashton Leigh.

Onto the Pitching In Isthmian South Central now, and Uxbridge will move up to third if they can win at Sutton Common Rovers. The Red Army from Honeycroft have had much to cheer about this season, with their side losing only one league game, whilst Rovers have found the step up to Step Four a little challenging on occasions, and start the day in fifteenth. One thing we can be sure of with the home team is that they are likely to either win or lose, not draw- indeed their last ten games have seen three wins and seven defeats, without the merest hint of a one pointer. They've drawn only one game all season, but a win tonight will see them up to the dizzy heights of twelfth.

 Back to winning ways for Bognor...whilst Uxbridge go third We had but two matches on a cold Wednesday night, and they delivered two away wins.