Weatherstone wends his way back to Wingate- and Rifat steps up 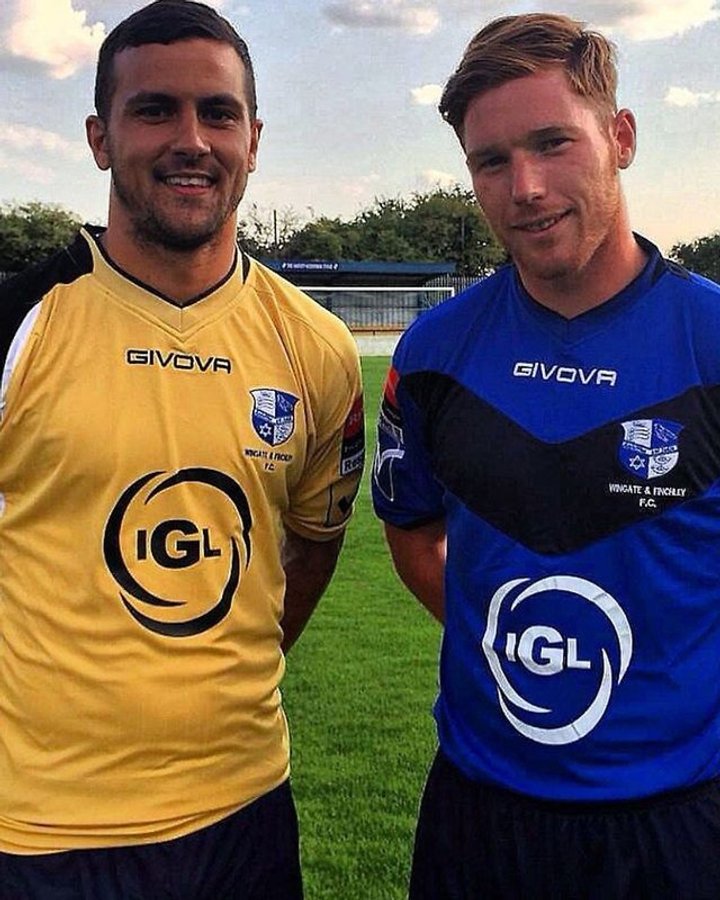 Marc Weatherstone became Wingate and Finchley's record appearance holder when he pulled on the shirt for the four hundred and fifty second time in late 2018, and it came as an enormous surprise when he left the club for Enfield Town- but now he's back, and he has signed on to do the top job as he was today named as the club's new manager. He replaces Spencer Knight, who departed his post last week.

Weatherstone, who as well as his time with the Blues was an enormous part of Dulwich Hamlet's promotion season of 2017-18, has played sixty four times for the Towners since moving to Donkey Lane. He is joined at Summers Lane by a new Director of Football, former team mate Ahmet Rifat- the man who replaced Weatherstone as the club's record appearance holder when he made his four hundred and sixtieth appearance in the Middlesex Senior Cup last season.

“I hope that this brings each and every person at the Club great pleasure and is fully supported within the Club.

We have had success on the lowest of budgets at our level. During my time as Chairman we have had our successes: winning the London Senior cup, promotion to the Isthmian Premier League and the Isthmian League cup treble season. Three seasons ago we reached the play-offs with a mix of youth and experience.

I have felt that in the last few years we have drifted as a Club and more importantly diluted our identity.

We have recently invested heavily in a training facility and refurbishing our historic stadium, although establishing a good infrastructure and facilities hasn’t necessarily reflected on the pitch at first team level”

In order to achieve what the Club desires, cohesion from top to bottom is the primary importance and by appointing two players - who have nearly 1000 first team appearances between them - we hope to go some way towards finding that success once again.

I have no doubt the addition of both Ahmet and Marc to our first team set-up will bring only positives.”