We’ve got second v fourth and third v sixth. Can the table-topping Towners take advantage to extend their lead? 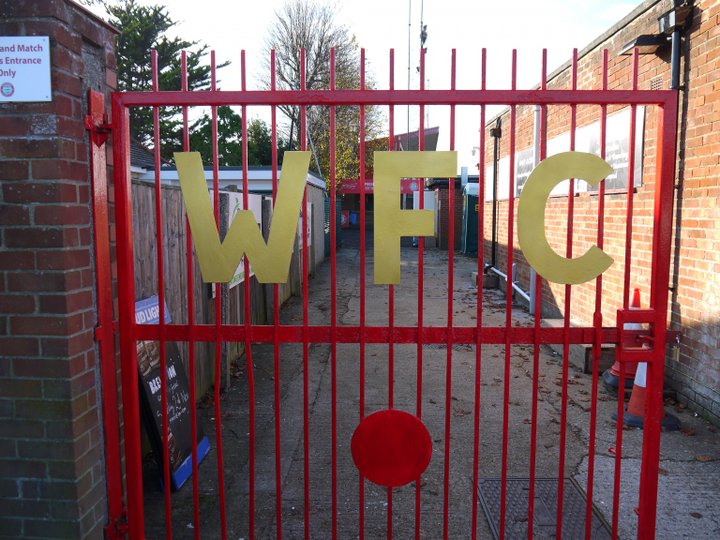 The Mackerel Men have taken sixteen points from their last eighteen- only leaders Enfield Town taking a point- whilst the Rooks have been scoring goals for fun, twenty three in their last six matches, five of which were victories. The last three matches between the two have each ended three-one, on each occasion Worthing the victors; indeed the Rooks have won only one of the last seven meetings. We suspect that there will be a very large and expectant crowd for this one.

The runner up on our “match of the day” nominations list comes to you from the Kentish seaside, where unbeaten (in the league) sixth place Folkestone Invicta host a third place Kingstonian side experiencing their first slump of the campaign. Invicta finally succumbed to defeat for the first time this season in midweek, losing narrowly to National League Eastleigh, but Neil Cugley’s men have been quite magnificent so far; whilst the K’s have only one win in their last three, and conceded a late equaliser to Cheshunt last time out. It’s almost two years since the two last met, that match ending in a one-one draw.

Invicta are five points off top spot with three games in hand.

Leaders Enfield Town are on the road, visiting East Thurrock United. The Towners are unbeaten in four and have taken ten points from those twelve, whilst the Rocks will be looking to prevent a three match losing streak from turning into four- indeed they’ve lost five from six across all competitions. Town don’t have a single victory against the Rocks in their last twelve appearances- that’s a record they’ll need to alter if they are to remain at the summit.

Bognor Regis Town, in fifth, travel to Bowers and Pitsea. Our cup heroes from the Len Salmon had a very large cup hangover in midweek, being walloped by Merstham- a defeat which ended an unbeaten run going back to August 28th. The Rocks last league defeat, coincidentally, was on the same day- five wins and three draws following. They head to Essex with three consecutive victories under their belts, and an outside chance of being top at 5PM. The last match between the two was also at the Len Salmon, nearly two years ago- and the Rocks emerged victorious in that one.

Bishop’s Stortford could enter the top five with victory at Horsham. The Blues have taken seven points from their last nine, whilst the Hornets have been brilliant in the cup and quite the opposite in the league, without a victory since Saturday 28th August. Perhaps they need to get their fans to wave a few tinfoil FA Cups as a lucky omen? The Blues took four points from six against the Hornets during the 2019-20 season.

Cheshunt are also two points off the top five, and the Ambers have taken seven points from nine of late, with wins over Hornchurch and Horsham and a draw with Kingstonian. They host Cray Wanderers, who seem to have turned around their recent slump following a win over Carshalton Athletic and a draw with Haringey Borough. The Ambers a due a victory, as Wands have defeated them on the last three occasions they’ve met.

Margate, in ninth and three points off the top five, welcome Brightlingsea Regent to Hartsdown Park. The Blues last four games have a W-L-W-L sequence so they’ll want that to continue; whilst Regent’s sequence has been rather different, L-L-L-L- indeed they have only one win in ten in all competitions. The seven meetings between the two have seen five Margate wins and two draws.

Tenth hosts eleventh as Haringey Borough welcome Carshalton Athletic to Coles Park. Borough have gone five matches without a win and conceded five at Merstham last Saturday, whilst the Robins seem to be turning round a spell of inconsistency and have four points from six against East Thurrock United and Wingate and Finchley. The last time the two met was in January last year, a two-two draw- and they each have a victory from their three meetings.

Wingate & Finchley and Potters Bar Town are separated only by goal difference and start the day in twelfth and fourteenth respectively. The Blues, who defeated Brightlingsea Regent three-one last weekend, warmed up for this one with a seven-one Middlesex Cup win in midweek, whilst the Scholars are five games unbeaten and have scored thirteen goals during that period, three in each of their last two matches. The last four matches between the two have seen two wins each- and it’s the Blues turn!

Merstham have suddenly started scoring for fun, with five against Haringey Borough and four against Bowers and Pitsea. That strike force is perhaps the last thing that Leatherhead want to see arriving at Fetcham Grove at the moment, particularly after losing Crossley Lema to Margate, but it is arriving nonetheless. The Tanners don’t have a win since the opening day- but they did look much improved in drawing with Hornchurch last time out, and in Chid Onokwai have rather a formidable striker of their own to trouble the Moatsiders defence. Merstham have only won one of their last nine against the Tanners- but a win this weekend could see them climb to just outside the top five.

You never seem to know which version of Hornchurch will turn up. We expected to see our FA Trophy winning Urchins fighting it out at the top end of the table, but this weekend finds them in fifteenth as they travel to Corinthian-Casuals, who are five places lower. It’s been nearly a month- and five matches- since Hornchurch recorded a win in any competition, whilst Casuals need to concentrate on bringing their cup form to the League after finally departing the competition on penalties to National League South promotion chasers St Albans City in midweek. Their last two meetings, during the 2019-20 campaign, both ended one-one.