Who will take a step closer to glory? 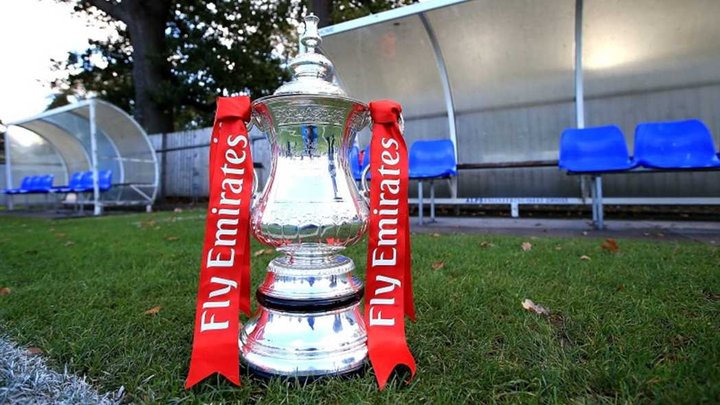 It's FA Cup replay night, and a number of our sides are in action. We’ve Velocity Trophy fixtures, too. Here’s our guide.

We had the draw for the FA Cup Second Qualifying Round yesterday, and it promised a number of exciting ties- but to get to them, some of our clubs have hurdles yet to jump. After draws on Saturday the FA Cup Replays kick off tonight.

We start at AFC Sudbury, where the yellows will look to see off the challenge of Deeping Rangers. The two drew 2-2 on Saturday, and the winners will travel to face our former Isthmian favourites, Hendon.

In Sussex, Ramsgate are heading to Arundel, hoping to manage something that they couldn’t do at the weekend and breach the Mullets rearguard. Visiting fans might like to know that the entrance to the football ground is in the car park immediately opposite Arundel Castle. If you’re travelling by train, turn left out of the station, use the pedestrian crossing to cross the road, and then walk towards the very large lump of granite with a flag on top that you’ll see in the distance! The winners head to Hadley.

Canvey Island and Waltham Abbey will find out who is going to travel to St Ives Town, whilst Horsham and Met Police will renew acquaintance at the Camping World Community Stadium for the right to host National League South side Dartford.

Dereham Town travel to Needham Market, and the winner of that tie have a trip to the seaside to look forward to, as they travel to Lowestoft Town. East Thurrock United are also on the road, heading to Peterborough Sports with the winner due to take a trip to Bishop’s Stortford.

Back in Sussex once more, a big crowd will be expected at Woodside Road as Worthing resume their battle for supremacy with Hastings United, courtesy of Shola Ayoola’s last minute equaliser in a three-three draw on Saturday.

Our other replay is tomorrow, as Lewes take on Leatherhead.

We’re also back in Velocity Trophy action. Group Ten kicks off as Chertsey Town host Chipstead and Tooting & Mitcham United travel to South Park, whilst in Group Three Harlow Town kick off their velocity campaign against Histon whilst Hertford Town, who already have one point from their first match but suffered penalty shootout defeat, travel to Ware.

Westfield and FC Romania face of in Group Five, both playing their first match in this season’s competition, whilst the same is true in Group Six, where Witham Town host Great Wakering Rovers.

Finally, in Group Seven, Hythe Town will look to bounce back from a seven-one hammering at Faversham last week as they host Whitstable Town. It will be the first test for Cannons new boss Steve Watt.

 Burgess Baker New centre back for the Hillians

Get with the e-programme: Saturday 7th September 2019  A selection of electronic programmes from the weekend