Whole Club Day for the Towners- and an added midfielder 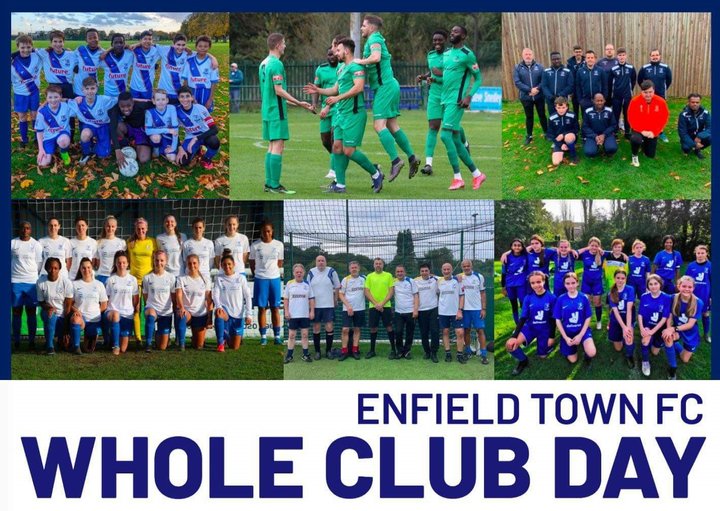 It's a special day for Enfield Town as they celebrate ten years at the QEII Stadium- and they'll have a new signing, too

Enfield Town are celebrating ten years at the end of Donkey Lane today, as they remember their move to the QEII Stadium by designating their match against Merstham as "Whole Club Day-" a day designed to illustrate the growth of the club, and how the stadium has become a hub for football in Enfield.

The Towners youth section and women’s and girls teams will be carrying out of number of matchday roles, taking over under supervision from those who normally carry out such duties. They will also be collecting for two charities; an autism unit in Enfield for purchase of sensory equipment, and Great Ormond Street Hospital.

All Under 18's can get in for free- with ID if you happen to be at the upper end of that limit- there will be a special programme commemorating the events, and an enormous photoshoot before the match.

The club have also announced a new signing, with the arrival of Kurtis Cumberbatch, who arrives from Billericay Town on a dual-registration deal. Kurtis played for Watford, Charlton Athletic and Spurs in his younger days, but you are more likely to remember him from periods with Chipstead, East Grinstead Town and Harrow Borough. More recently he's been with Farnborough and Dover Athletic.

 The Isthmian League Show- Episode Three It's got goals, interviews, Gary Elphick, a trip to Tilbury, and you can watch it right here and now

The Isthmian League Show- airs tonight  Episode Three is released at 7.45, with Gary Elphick, the world of Tilbury, goals, interviews and more!