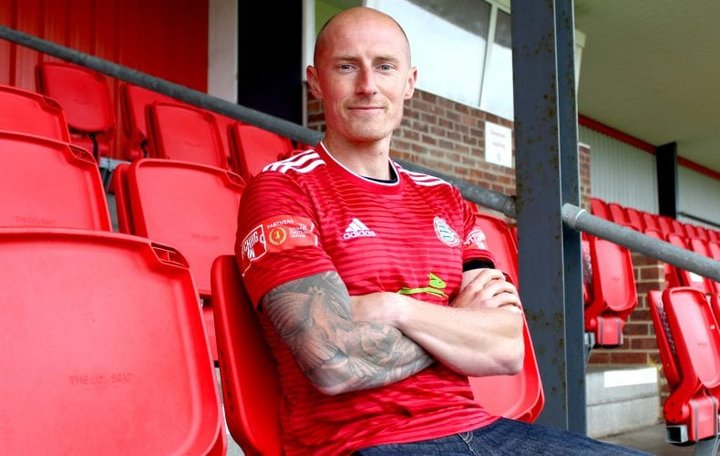 Worthing have announced the return to the club of Dorking Wanderers midfielder Kane Wills, who has signed on a season long loan.

During 2016-17 Kane played an incredible fifty six times as the club reached the Second Round of the FA Trophy, disposing of Hemel Hempstead Town and Dagenham and Redbridge before taking Sutton United to a replay at Gander Green Lane. His swept the board at the end of year awards, and his form earned him a move to National League South with Eastbourne Borough.

Kane came through the youth ranks at Brighton and Hove Albion but made his name along the coast at Bognor Regis Town, before Margate came calling, and he was part of their Isthmian promotion winning side. After a season as captain at Woodside Road he ended up as skipper at Borough, too- and spent last season with Wanderers to great success before the world fell apart once more.

Image courtesy of the club- we suspect from the lens of Marcus Hoare.