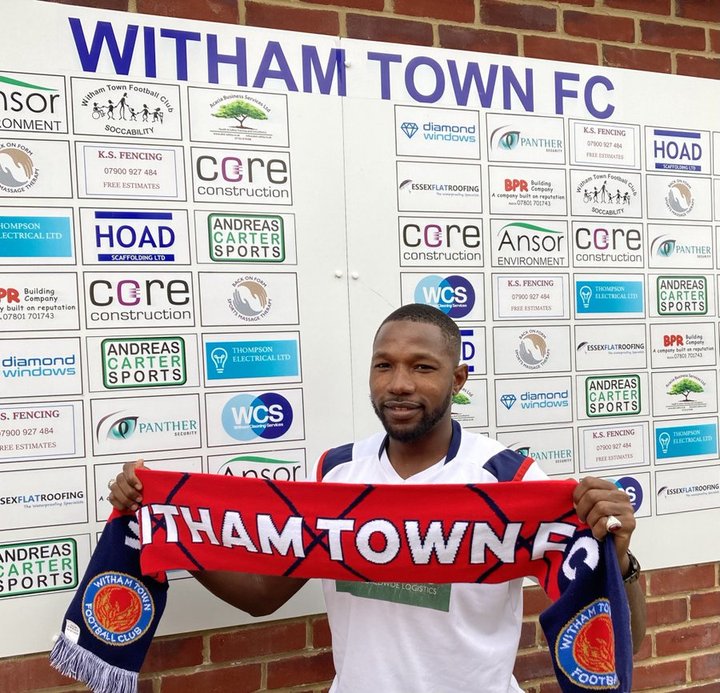 Witham Town have strengthened their midfield with the acquisition of Cockfosters midfielder Ahmed Mohammed, who will no longer be able to take the Piccadilly Line to work.

Ahmed formerly played for Hertford Town, but his off field story is- and you won't read this statement often- far more important than football. He arrived in this country as a refugee escaping war aged fourteen, unable to speak English, ended up in foster care, and yet managed to leave school in Tottenham with ten GCSE's. These days he works near to where he was educated, for Tottenham Hotspur, where he helps keep young people away from a life of crime as an Employment Advisor.

Pitching In Isthmian League- supporters predictions 2021-22: Canvey Island  If you like a nice view of a container ship, then we don’t have one for you, but suspect that Canvey Island fan David Powell has seen thousands!