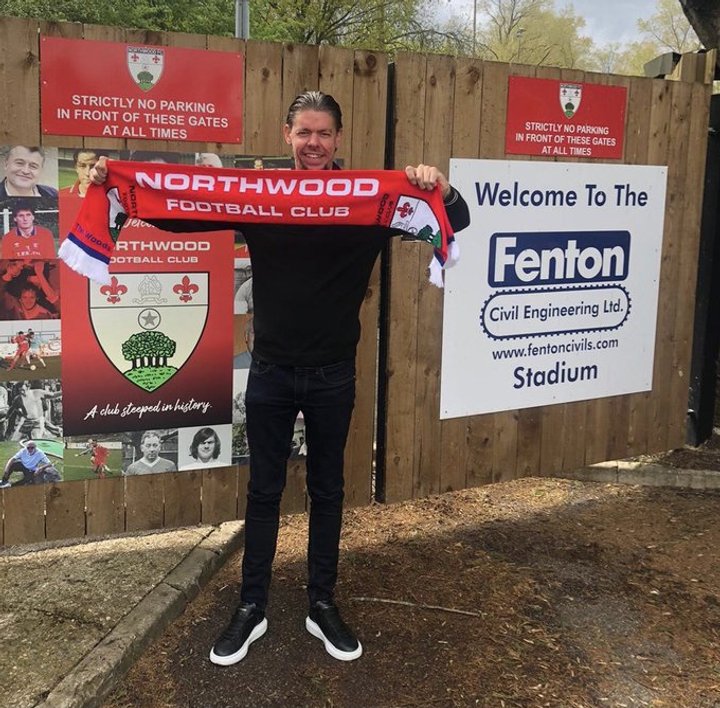 Murray is the man for Northwood

Northwood have announced the appointment of former Ashford Town boss Ben Murray as their new manager. Ben replaces Rob Ursell, who departed at the end of last month.

Ben was with the Tangerines for six years, and oversaw their promotion from the Combined Counties League as well as establishing them as a Pitching In Isthmian South Central side. Since leaving Town he has been Assistant Manager/Coach at Farnborough in the Pitching In Southern Premier League.

“I’m really looking forward to getting started at the club. After meeting Ian I can see straight away that the club has great ambition and I am confident that I can match that ambition by the structure that I will put in place in the first team.

“I cannot wait to get started and will be working hard in the next few weeks to get the players that we need that show the hunger and desire to progress the club. We will create a team that plays fast, attacking football but that primarily has a close-knit mentality within the club and play for Northwood Football Club and the shirt.”

Read the reaction of Chairman Ian Barry to the appointment by heading to the club website, which you will find here.