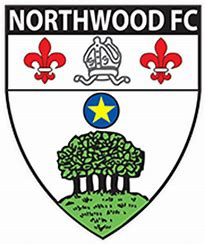 Northwood have announced the departure of manager Rob Ursell, who has "departed the club with immediate effect to take on another role at a club a level above ours."

Rob joined the club in February last year, when they were deep in trouble at the foot of the South Central Division, but had lifted them six points clear of relegation when the season came to an abrupt end. They were nineteenth when 2020-21 came to a similar halt, but of course had played just eight league matches. In total, he only managed the club for fourteen league matches, winning three.

During his playing career Rob had two spells with the Woods, and also played for Carshalton Athletic, Hendon, Walton Casuals, Chertsey Town and Wingate & Finchley. He will also be remembered as a mainstay of AFC Wimbledon during their period in the Isthmian League, joining them just before their first season with us and scoring twenty one goals from midfield.