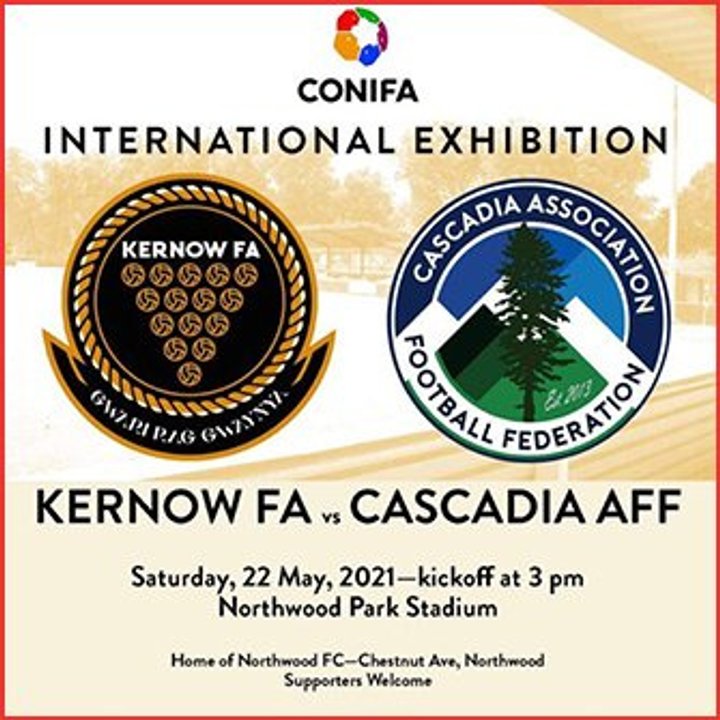 Northwood have announced that they are playing host to an international match on May 22nd, as Kernow take on Cascadia.

Both are members of The Confederation of Independent Football Associations, a global umbrella organization for national teams not under the auspices of FIFA – representing nations, minorities, isolated dependencies or cultural regions. Kernow represent Cornwall, whilst Cascadia represents a region of the US and Canada, and are composed of players from Oregon, Washington and British Columbia.

Tickets are £10.00 for adults while concession (OAPs, Students, 16-18 years) tickets are £5.00. Under 16s can enter free- and programmes will be available. You can purchase admission here.

“Having not staged a game at the Fenton Civil Engineering Stadium for nearly seven months, the club is looking forward to welcoming both Cascadia and their guests from Cornwall for this International Challenge match."

“The clubhouse will be open at last and we hope plenty of people will want to see a live game just before the official end of the season.”