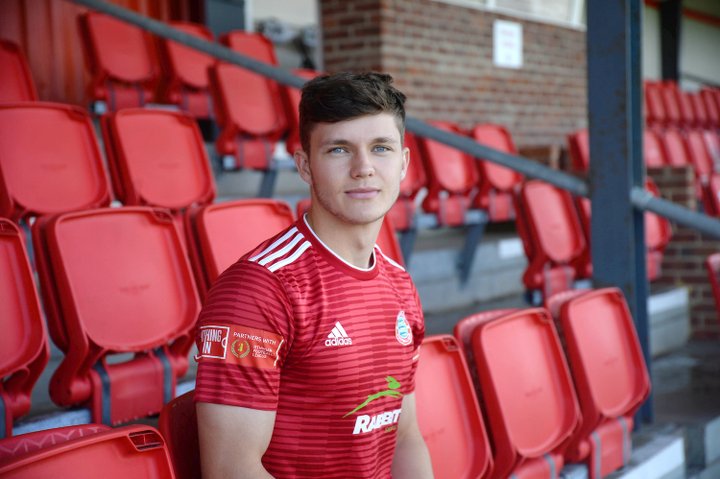 Yesterday morning Leatherhead admitted defeat in their efforts to retain the services of defender Will Seager, and by the evening we'd found out why, as he was unveiled as a new arrival for Pitching In Isthmian Premier favourites Worthing.

“He’s the best young defender we’ve come up against in this league. He’ll be a big asset for us, he suits the way we play with his ability on the ball and his versatility means he can cover a few positions if necessary."

Will made twelve appearances for the Tanners last season, to add to thirty three during 2019-20, thirty five during 2018-19 and four, including his debut, in 2017-18. Writing on social media, he said his goodbyes to the club:

'I just wanna say a massive thank you to everyone at Leatherhead FC. Thank you for all the support, such a lovely family at the club.

It’s been a great experience over the last few years. Good luck to you all next season.

Whyteleafe announce their withdrawal from the League  Club statement explains that the "new owners of the Church Road ground refused to negotiate a new lease or licence agreement with the club for the 2021-22 season."