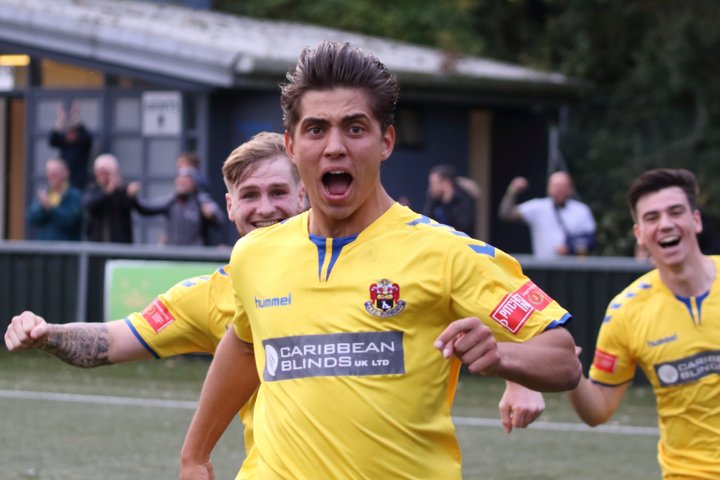 It's tonight! AFC Sudbury take on Colchester United in the FA Cup First Round

Well, the sold out signs are up! Every single ticket for tonight's match between AFC Sudbury and Colchester United has gone, so if you haven't got a ticket and want to watch, can we recommend BBC2? Other TV channels are available, but there's nothing on them to compare with what you'll get from our yellows!

The match is so important that even the National Press are giving it many column inches- here's the article from The Guardian, for example.

The club in its current form have only once reached the First Round, when they fell to Darlington back in 2001. But a Sudbury side have gone further. One of the forerunners of AFC, Sudbury Town, reached the second round of the competition back in 1996-97, when, after defeating Gorleston, Purfleet, Corby Town, and Canvey Island they were drawn to face the might of Brighton & Hove Albion. It took a replay, but it was glory for the yellows. We've added highlights of the first match below.

Cockfosters, Potton United, Stowmarket Town, Cheshunt and Dartford have already been vanquished this season. This is the yellows seventh match in the competition, whilst visitors United are playing in it for the first time. United have gone out in the First Round for the last five years, last time out losing to Marine, who went on to host Tottenham Hotspur later in the competition. Wouldn't it be nice to see Antonio Conte and Harry Kane walk out at the MEL Group Stadium in January?

We can all dream, but sometimes dreams can become reality. Good luck to all at AFC Sudbury tonight, we're immensely proud of you!

 Location Football- between the Rocks and a hard place Soccer AM's Curly and friends headed to Rookery Hill, home of East Thurrock United. Here's the chaos that ensued!

Relegation reprieves?  Perhaps, if you get enough points! The FA announce a few changes for the end of the season