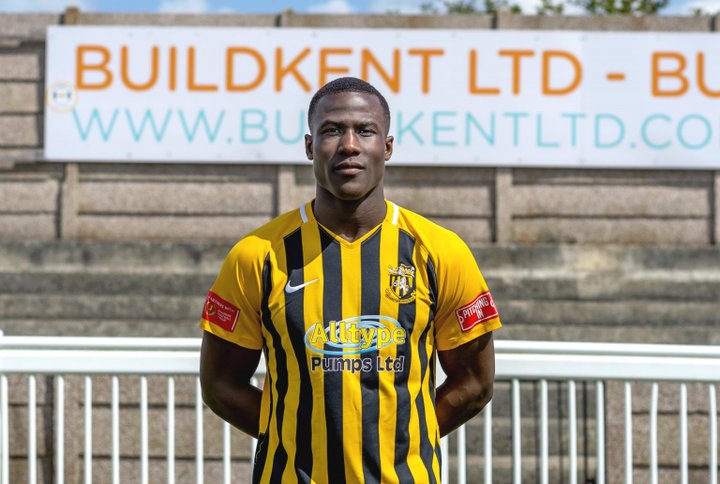 Ade scored twenty goals for the club during 2018-19 and thirty the season before, and then left Kent to sign for Dulwich Hamlet. As well as Hamlet, he's also spent time with another of our former favourites, Tonbridge Angels, before moving on to Dover and, last season, Cray Valley PM and Braintree Town. His record in stripes in incredible- for example, during 2017-18 he scored in twenty seven of the fifty two matches he featured in, including one period where he scored in five in a row.

He has also played for the likes of Stevenage, Dagenham and Redbridge, Heybridge Swifts and Chatham Town, but by far the most successful period of his career came with Invicta, and the supporters will be delighted to see him back as Neil Cugley builds a squad to challenge for promotion in 2021-22.

A Saturday round up  We had a handful of friendly and cup matches yesterday. Here's what occurred.