Striker Smyth wings it to Wingate 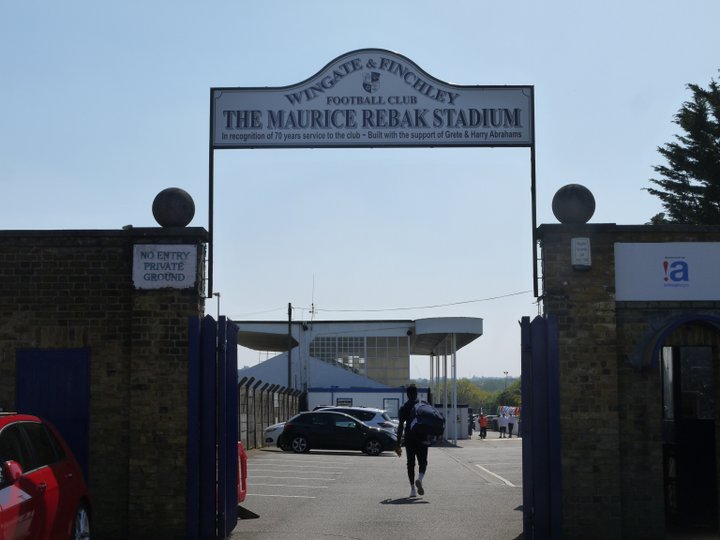 Wingate and Finchley yesterday announced the arrival at Summers Lane of attacker Liam Smyth, who was most recently turning out for Braintree Town. Boss Marc Weatherstone told the club website:

“Liam had a few clubs after him this summer, but we are happy to get this over the line. He is young, hungry and can finish well, so I’m sure Liam will be a big addition to our squad.”

Liam, 19, was part of the Stevenage Academy and made his first team debut aged only seventeen. Mind you, he's only nineteen now, so that was almost yesterday! He has spent the last two incomplete seasons on loan with Braintree, and has played repeatedly for Northern Ireland Under 19's.

Pitching In Isthmian League- supporters predictions 2021-22: Canvey Island  If you like a nice view of a container ship, then we don’t have one for you, but suspect that Canvey Island fan David Powell has seen thousands!