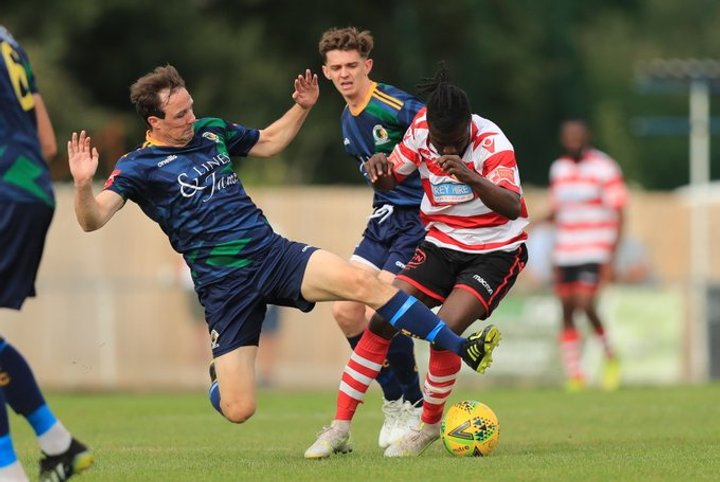 We've two matches tonight- get off the sofa and head along!

Our two matches tonight are rather important at the top ends of the Pitching In Isthmian Premier and South Central Divisions.

In the top tier, Kingstonian fell out of the top five for the first time this season after last night's results, but if they can defeat Horsham tonight it will send them back to third place. The K's have taken only one point from their last nine, whilst their opponents last won a league match on Saturday 28th August, their League form and their Cup form seemingly poles apart. The two have already met this season, and it was the Hornets who triumphed- but of course, that was a cup match!

The Hornets sit twenty first, although with as many as three matches in hand over many of the sides around them in the table. But they really need to start picking up some points.

If you can't get to the match and are stuck to the sofa, then you can watch a stream of the match courtesy of Mick Sullivan and the Non League Banter Show, here.

In the South Central Division, Bedfont Sports have been having a magnificent season, and sit in seventh place, nine points off the top with three games in hand. Sports welcome thirteenth place Thatcham Town to the end of the runway having scored nine goals in their two league matches since being finally knocked out of the FA Cup. The Kingfishers are having a hit and miss sort of season, and for the last two matches have been more miss than hit.

 Get with the e-programme: 26/27 October 2021 Because we spoil you, here are a couple of midweek electronic programmes for you to read. Just a couple, mind, we wouldn't want you to get over-excited.

Ola for Tilbury  Ola Ogunwamide returns for the Dockers