K's up to eighth as one goal is enough 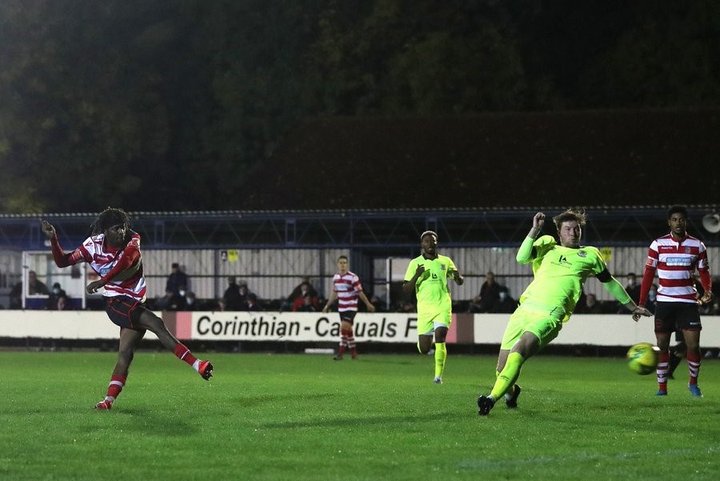 We had but one match last night, and one goal- but it earned three points

Kingstonian climbed to eighth place in the Pitching In Isthmian Premier Division last night, and they did it by scoring the only goal of the match in a hard-fought encounter against Potters Bar Town.

In front of two hundred and sixty nine at King George's Field, the K's went ahead shortly after the break. A cross from Tom Richards found Andre Coker at the back post, and he was able to control before slotting home. The K's ended the match with ten men, Tom Kavanagh picking up a second yellow for a foul, but the hosts were able to hold on with ten men for the remaining nine minutes plus added time.

The Scholars end the night in seventeenth place.

Image from Simon Roe- and you can see the rest of his shots by heading to simonroephotography.com.