Bognor youngster heads for the Championship 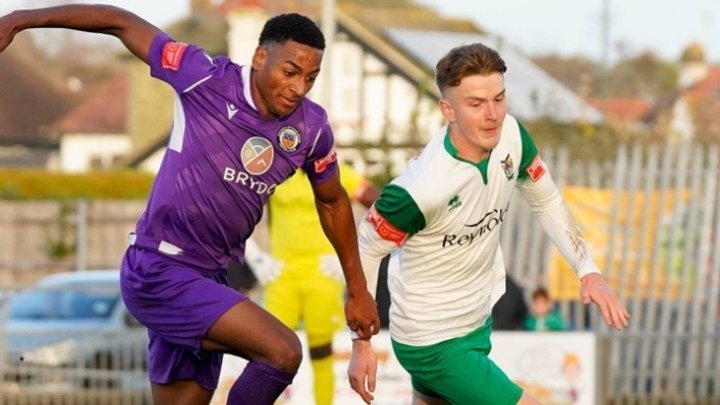 Robb leaves the Rocks for the Bees

We seem to be continually writing stories which feature Pitching In Isthmian players heading for the professional ranks, and today we have another, as Bognor Regis Town's defensive midfielder Ethan Robb has signed for Championship side Brentford.

Ethan has moved to the Bees on loan until the end of the season, and will be part of the B squad, rather appropriately. He must be buzzing about that (sorry. We're here all week).

He has been part of the Rocks squad since the summer, when he moved to Nyewood Lane from Portsmouth via a short spell at AFC Porchester. Since then he's been a mainstay of the Bognor squad, making thirteen appearances. He joins former Worthing youngster Fin Stevens at the Brentford Community Stadium.

Image courtesy of the club- so probably from Tommy McMillan (please let us know if not!).

 My First XI: East Grinstead Town, Adam Robinson It is not often that someone can talk about their favourite swarm of Wasps, but Adam is an exception

Seasiders run from Lands End to John O'Groats and back...  ...without ever leaving Felixstowe! Charity runners ask for help.